How does solar power work?

A switchboard allows your usable AC electricity to be sent to the appliances in your home. Your switchboard will always ensure that your solar energy will be used first to power your home, only accessing additional energy from the grid when your solar production is not enough.

All households with solar are required to have a bi-directional meter (utility meter), which your electricity retailer will install for you. A bi-directional meter is able to record all the power that is drawn to the house, but also record the amount of solar energy that is exported back to the grid. This is called net-metering.

With solar power, you don’t need to switch it on in the morning or switch it off at night – the system will do this seamlessly and automatically. You also don’t need to switch between solar power and the grid, as your solar system can determine when is best to do so based on the amount of energy being consumed in your home.  In fact a solar system requires very little maintenance (as there are no moving parts) which means you’ll hardly know it’s there. This also means a good quality solar power system will last a long time.

Your solar inverter (usually installed in your garage or in an accessible spot), can provide you with information like the amount of electricity being produced at any particular point in time or how much it has generated for the day or in total since it has been operating. Many quality inverters feature wireless connectivity and monitoring. 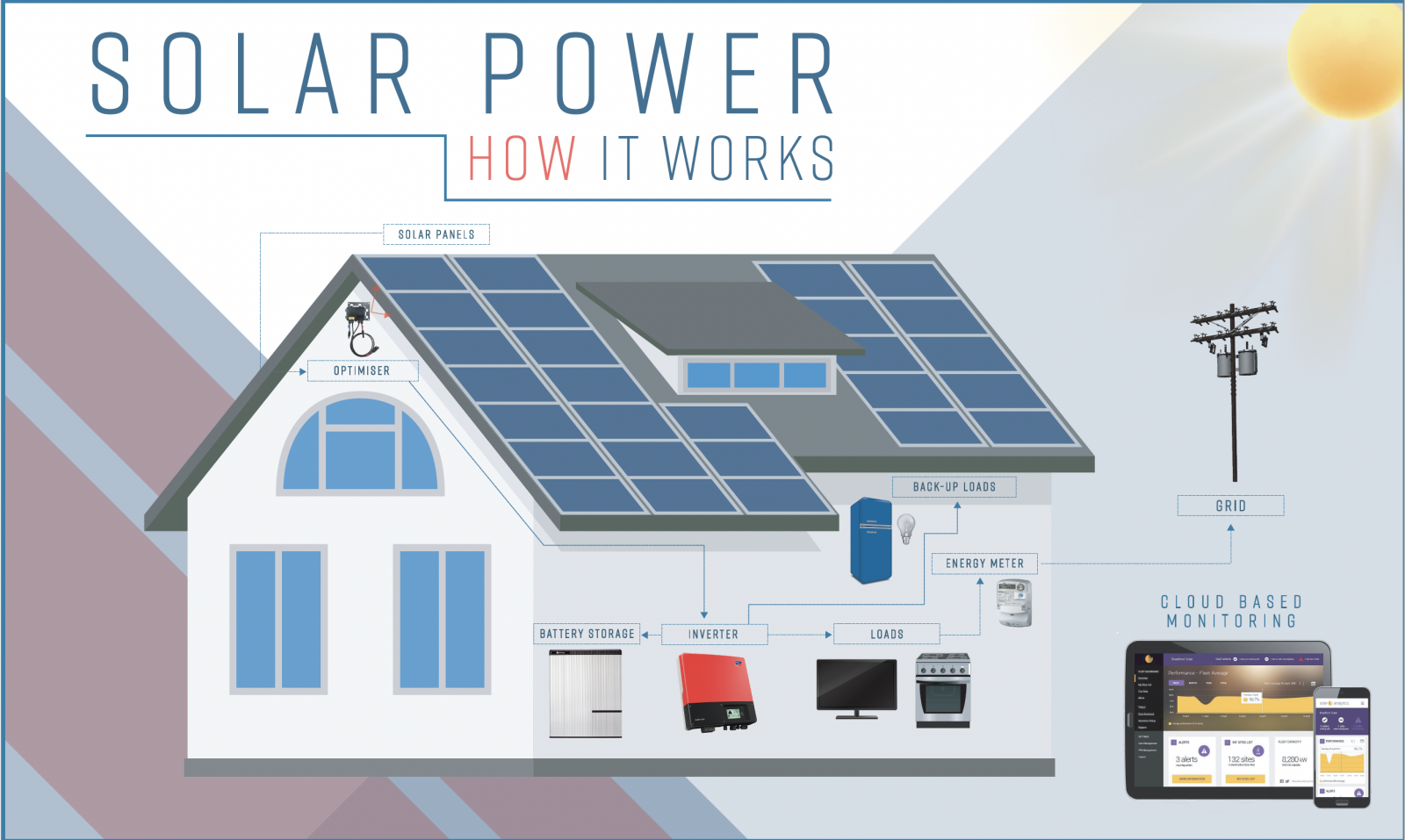 Our team can’t wait to hear from you

Explore our work in across locations: